Where it all began: Just an Old Golden Retriever 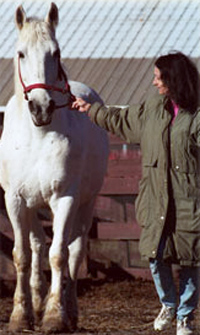 “I grew up in your average middle-class Jewish home where pets were not available. I never had a pet. There was a lot of plastic on the furniture. Basically, pets were considered dirty, unwanted things. Animals were not part of my experience, so I had not conscience about them.

I got married in 1968, and in 1970 I had a baby. When he was 18 months old, we were living in a bungalow colony in upstate New York while waiting for our home to be built. An elderly woman and her old golden retriever lived next door. I used to see them together when the woman was outside gardening. My son liked the dog, and she was a friendly animal, but that was all as far as I was concerned.

When the woman died, her relatives came up, and they emptied her house of her treasures, her clothing, anything they thought of value. They contacted a real estate agent who put out a For Sale sign on her property. Then they locked the dog out and drove away.

Because I’d grown up with no conscience about animals, it didn’t even cross my mind to say, “Wait a minute. Someone should be taking care of this dog” or “who is going to be responsible for her?” It just didn’t. I was not responsible for the dog.

Some of the neighbors mentioned that they’d feed her occasionally, but the dog mostly stayed near the house where she’d lived, where her owner had died. When the dog would come over to play with my son, Adam, he would feed her cookies; once in a while I would give her some leftovers.

One afternoon I went to get Adam, who’d been outside playing in our yard—a safe, level grassy area—and he was gone. Just gone. I was frantic. I looked for him, and then neighbors helped me look for him. We called the police. For three hours the police looked for him, then they called the state police. The state police brought in helicopters. My husband rushed home form the city. I was hysterical. We could not find Adam. We didn’t know if he’d been abducted. We didn’t know if he was alive. We could not find him.

The search had been going on for six hours when a neighbor, who’d just returned home, said, “Where’s Brandy?”

Brandy? The dog? Why was he asking about the dog?

Someone else said, “Maybe he’s with Adam.”

What did I know about animals? I said, “Why would she be with Adam? What does that mean?”

One of the troopers recalled that he’d heard a dog barking deep in the woods when they were doing the foot search. And suddenly everybody started to yell “Brandy!” including me.

We heard faint barking and followed the sound.

We found my 18-month-old son, standing up, fast asleep, pressed against the trunk of a tree. Brandy was holding him there with one shoulder. One of her legs was hanging over a 35-foot drop to a stream below.

She must have followed Adam when he wandered off, just as a dog will with a child, and she saw danger. She was a better mother than I; she’d pushed him out of harm’s way – and held him there. This was an old dog. Adam was an 18-month-old child. He struggled, I’m sure, but she’d held him there for all those hours. When I picked him up, she collapsed.

As the trooper carried my son back home, I, sobbing with relief, carried Brandy. I knew in that instant that she was coming home with me, too. Brandy spent the rest of her life with us, and I loved her completely; she lived to be 17 years old.

From then on, I made it a point to learn everything I could about animals. My focus at the time was old golden retrievers. Obviously, I thought they were the smartest, the best, and there was nothing like them. I started the first golden retriever rescue and have had as many as 35 of them in the house at a time, and it mushroomed from there.

Because of Brandy, I have a calling. I have a reason to get up in the morning. Because of Brandy, thousands of unwanted animals have been given safe lives. I can’t save them all, but I can make a difference. We now have 300 animals—all kinds, including birds and pot-bellied pigs—and are a well-recognized humane animal sanctuary. We take the animals that other shelters won’t take—the ones my mother would have said were dirty; the old ones who are incontinent, the blind, the ugly ones; they’re all beautiful to me. So many organizations feel it’s easier to euthanize these animals. I don’t agree. How could I? If someone had put an abandoned 11-year-old golden retriever to sleep 29 years ago, I would not have a child. I wouldn’t have a son who is the light of my life.

Pets Alive is a life-affirming memorial to Brandy.”

Sara passed away in 2007, but as she wished, the care of the animals at Pets Alive continues in Middletown, NY today. 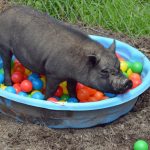 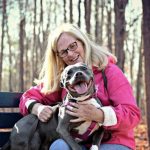 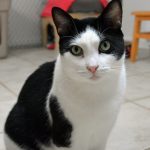